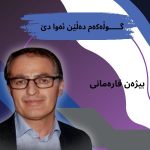 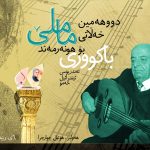 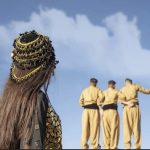 The Mamle Art Centre (MAC) has been officially registered in 2009 in Norway and started its activity. This centre has been established on the base of Mamle’s thought and ambition to have an independent art centre capable of encouraging and helping Kurdish art process and artists. Unfortunately, this ambition didn’t take place while he was among us.

Despite of the difficulties that the centre is facing, this centre is a non-partisan organisation that is financially and politically independent, we have strived and are striving to overcome these difficulties in order to stay independent because this was Mamle’s ambition in the past.

Probably, there are some impuissances in the centre’s activities due to financial difficulties. However, the centre is not intending to lose its independence to improve these impuissances.

One of the main activities of this centre is to collect the films, photographs, and songs of Master Muhammad Mamle. Mamle is a treasure of all Kurdistan and his works should be accessible by the Kurdish nation.

The Mamle art centre is, annually according to its ability, awarding Mamle award to an artist/s to recognise the awardees art works. This is of course done after an appropriate evaluation and assessment for the candidate. The centres view is that this award has no financial importance, but only intellectual importance.

It should be reminded that the centre’s management members favouritism due to localities or friendship does not affect the process of the awardees candidature. Therefore, all of the Kurdish art fans can have a tremendous role in nominating the awardees. As Mamle was belonged to his nation, this award is also belonging to all Kurdish people.

In executing the tasks of this centre, we owe (intellectually) a vast number of eager humans and patriotic individuals who have faithfully supported us and we will never be able to reward their efforts they have offered to the centre. We cannot find a word to thank them with and, therefore, we refuge to the sea of words to bow and thank them instead of us.